I’ve had my eye on the Foxglove Tank by Selvage Designs for a pretty long time. I remember first seeing on Indie Sew as that site was coming on the scene. I didn’t buy it for a while because it was more expensive than other woven tank patterns and I was still leaning about all that goes into putting a sewing pattern together. Not that I’m an expert by any means but after a year of really regularly following a bunch of indie pattern designers I feel like I have enough of a sense of the workload that I definitely don’t feel like I’m overpaying for a $12 pattern as long as it’s a good one. 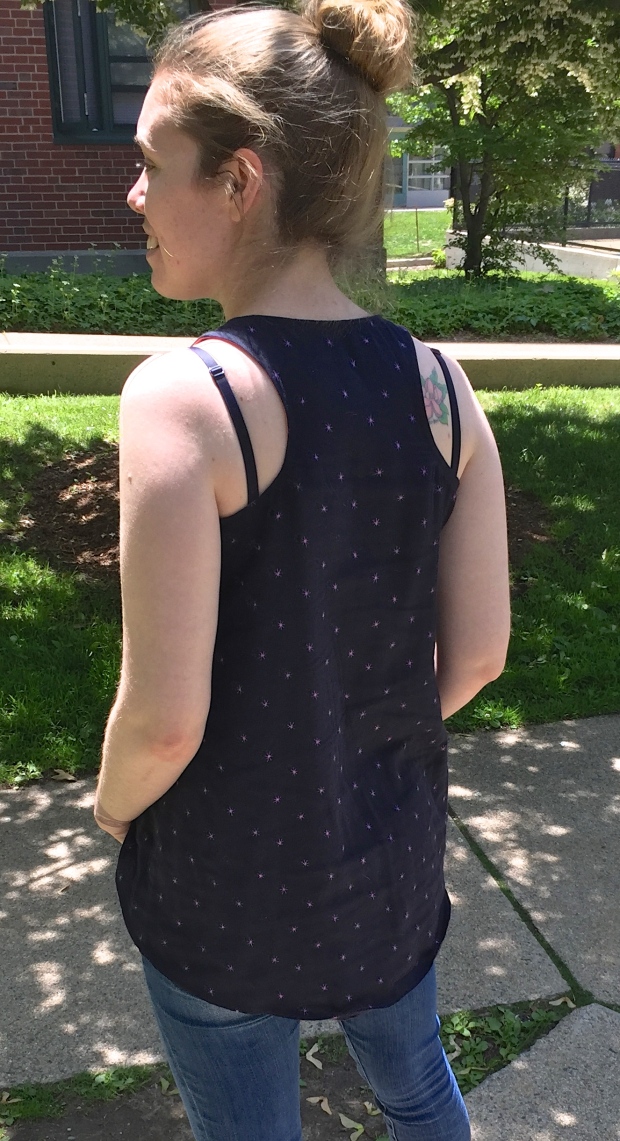 And this one is! The pattern goes together easily, there are only two pattern pieces, the instructions are thorough, and the construction is straight forward. 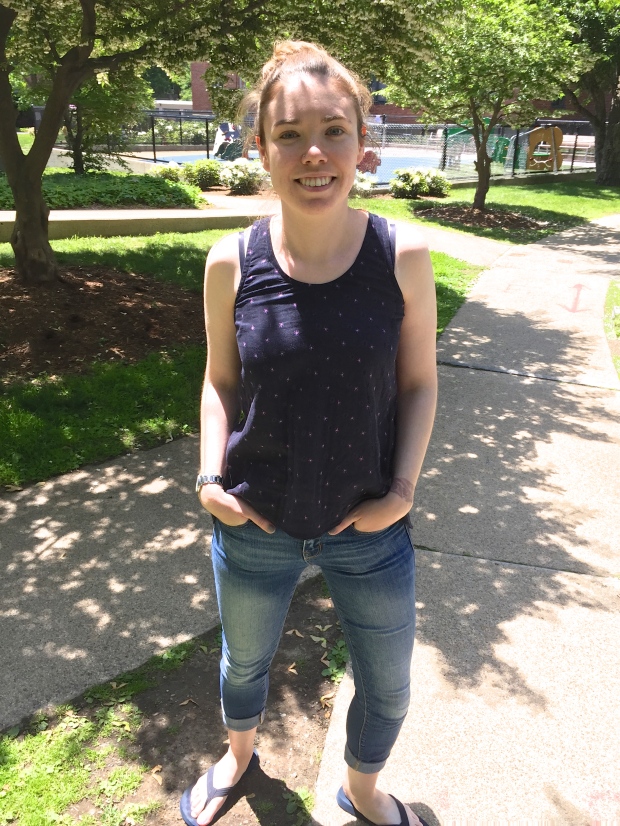 Continuing in my tradition of making two versions of easy patterns (which totally defeats what I’m usually going for, a quick sew) I dove in with a bunch of double gauze and made a tank and a tank dress.

I was inspired to make this pattern when I finally gave in and bought some Cotton & Steel Bespoke double gauze last weekend. After I got home I decided that I wanted to try turning the pattern into a tank dress but of course I hadn’t bought enough fabric for that. So I dug up this Kokka broken plaid double gauze that I bought last year and never cut into.

I made two modifications in order to turn this pattern into a dress. The first was to lengthen both the front and back pieces by 6″ at the lengthen/shorten lines. The second was to lower the front hemline. The original hemline is a high/low hemline. I wanted to maintain the low in the back and mirror the shape, though not quite as low, in the front. Basically I wanted to create a shirttail hem with the pattern pieces I had. 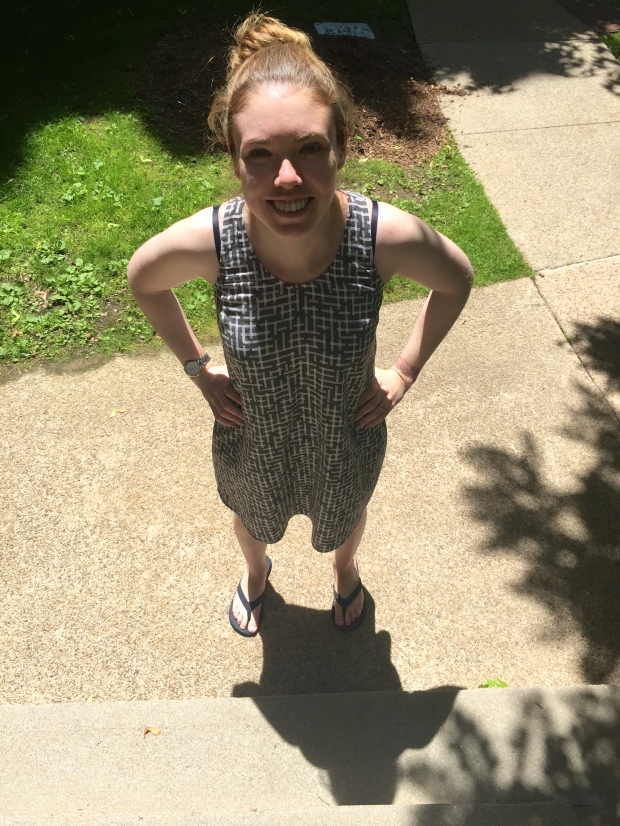 After making the pattern modifications I cut out my fabric and got sewing. Nothing special about the construction for either of these. I used french seams on the shoulders and side seams which is one of several suggested finishing methods in the pattern. Bias binding around the necklines and armholes and narrow hems finished off these quick makes. 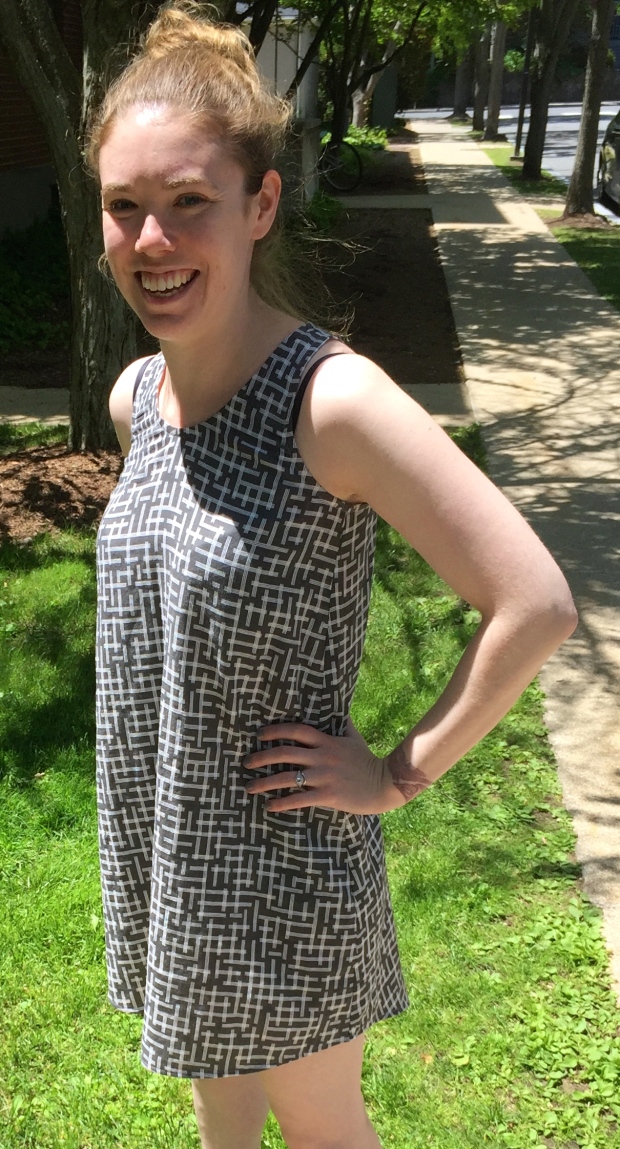 The only thing I’d like to fix when I make this pattern again is to open up the neckline and the armholes a bit. I’m fine with the style of the higher neckline but it’s actually a bit challenging to get over my head! The armholes are also a bit higher than I’d like so the top feels a little tighter than it actually is. Opening both of those up will be easy and give me the perfect fit I’m looking for.

I’m so happy to add two new double gauze items to my wardrobe. My double gauze Eucalypt tank got lots of wear during Me Made May and I’m glad I was able to make more pieces out of this fabulous fabric. These are both incredibly comfortable. The Foxglove pattern is also usable with knit fabric and I’d like to give a knit version a try soon!! 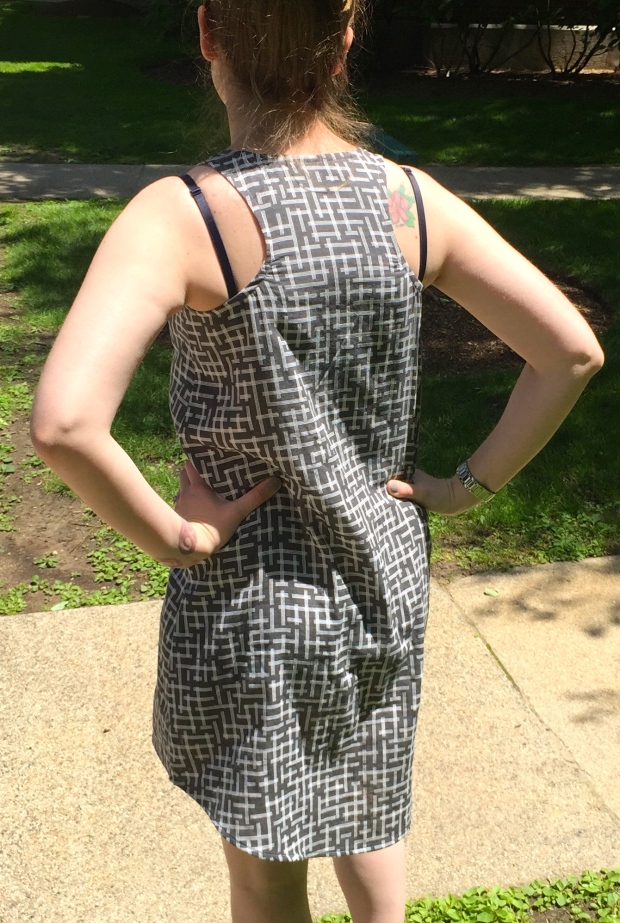 2 thoughts on “Foxglove Tank and Dress”